The Football Association of Wales has joined forces with the Welsh Government to launch unique educational resources aimed at tackling online hate towards girls and women. 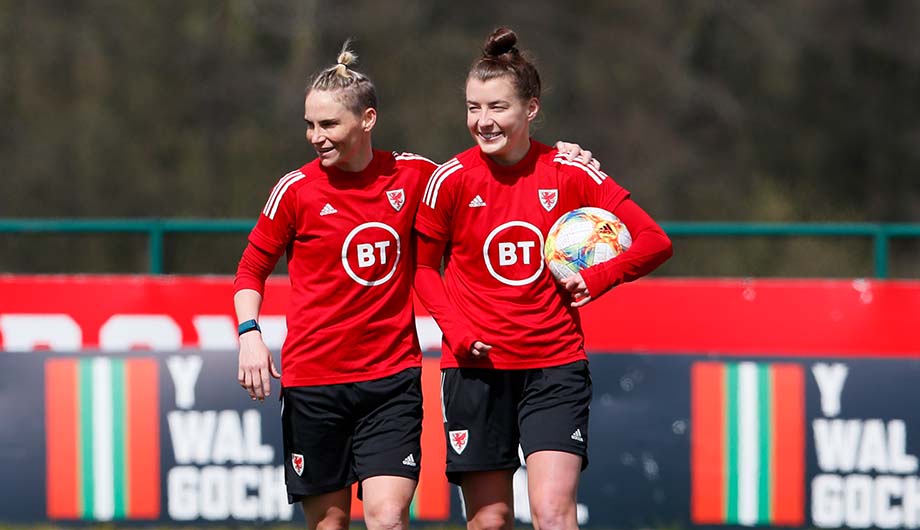 The Football Association of Wales has joined forces with the Welsh Government to launch unique educational resources aimed at tackling online hate towards girls and women.

Both the FAW and Welsh Government understand that education is key to tackling the many forms of online hate and the two organisations felt it was important to collaborate following the online abuse aimed at female footballers witnessed across social media during the 20/21 season.

The misogynistic abuse shared in addition to the hate speech directed at a Cardiff City FC player following the first live televised game of the top division in Wales further highlighted the need for education on the negative impact online hate speech and misogyny can have on women and girls, not only in football, but across society.

The primary and secondary educational resources developed by online safety experts are created to support practitioners to deliver lessons on this issue and help learners understand the importance of mutual respect between boys and girls, what online hate speech looks like, the term ‘toxic masculinity’ and what role it plays in driving online misogyny.

Minister for Education and Welsh Language, Jeremy Miles MS said: “Abuse, hate and harassment of women, whether it takes place online or offline, must not be tolerated and we will do everything we can to tackle it.

“A key part of dealing with online misogyny is to make sure that there are resources to support these important conversations to take place.  It is vital to provide learners with opportunities to learn about their rights and the rights of others, as well as the impact of such abuse and the harm it causes. Importantly, the resources raise awareness of how to safely challenge online abuse, so that we can all play a part in making the internet a safer place.”

“I’m very pleased we’re able to work alongside FAW to not just highlight online hate against women, but to tackle it.”

The campaign video features Cymru’s most capped player Jess Fishlock who said, “It was heart-breaking last year seeing the misogynistic abuse aimed at footballers from the league who were playing purely for their love of the game. Trying to put someone down because of something they love, is not big, smart or funny.

“I always say that people should think about how the person receiving the abuse could be affected before sharing and I’m glad to have worked with my Cymru teammates and the FAW to further educate others on what is and isn’t acceptable online.”

FA Wales Safeguarding & Player Welfare Manager, Sian Jones said, “The FAW is committed to safeguarding at all levels of the game in Wales and we are proud to partner with Welsh Government to share these necessary educational resources to further highlight how this misogynistic behavior should not and cannot be tolerated.

“At the FAW we want people to have an enjoyable and positive experience of football, both offline and online. Football can be such a powerful tool for good and we are grateful to use the FAW’s platform to work with partners across Wales to continue to make a stand against online hate.”

The ‘Tackling Online Misogyny’ resources can be found on the Keeping Safe Online area of ‘Hwb’, the digital learning platform for teaching and learning in Wales.