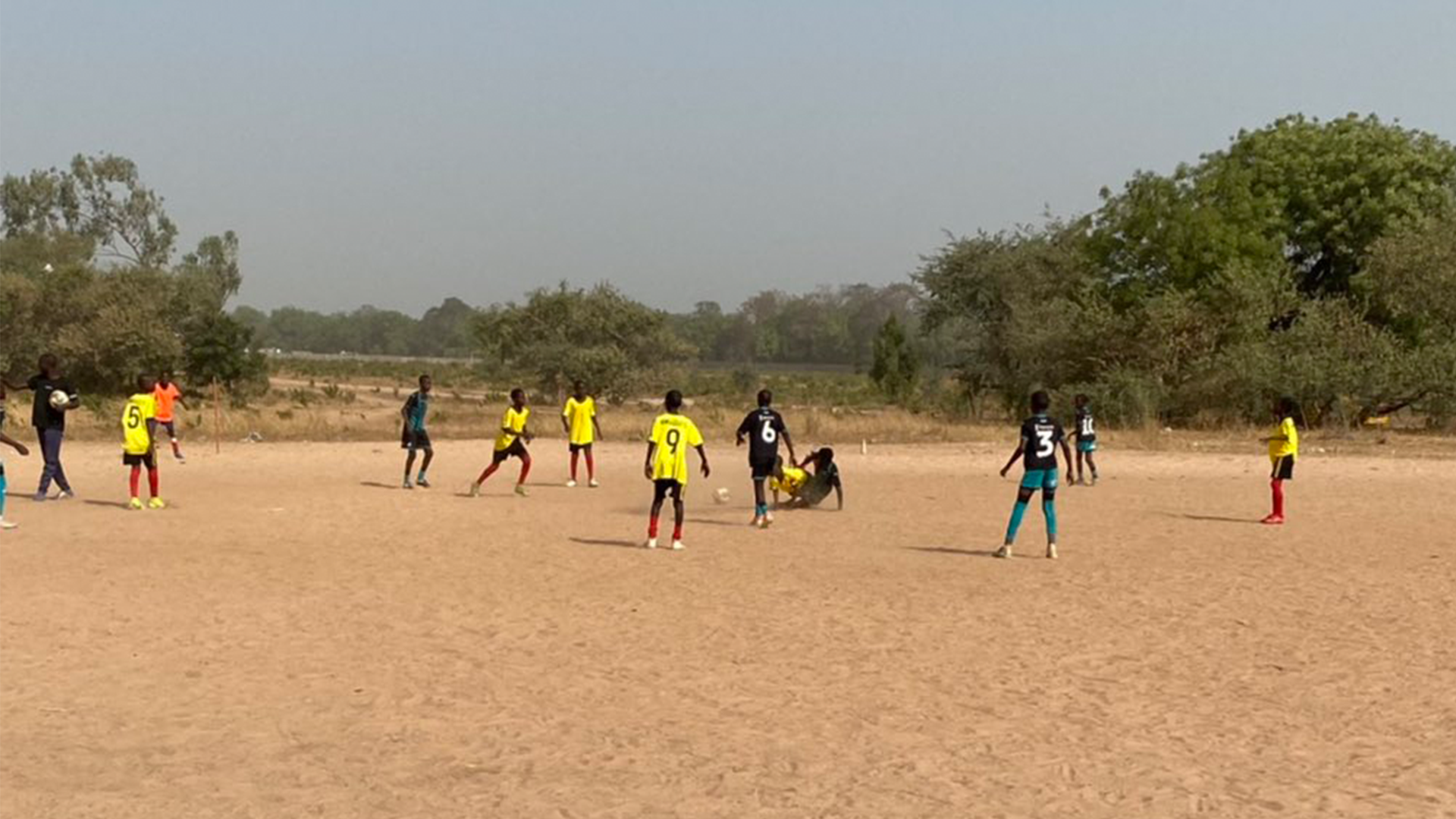 The Football Association of Wales (FAW) are delighted to share that it is has been awarded funding through the UEFA Assist Programme for a project supporting football development in the Gambia.

UEFA launched Assist, a football development programme, in 2017, with the objective to share the experience and know-how of UEFA and its member associations outside of Europe.

The Pêl-Droed i Sanchaba Project will see the FAW deliver a collaborative project to develop football in Sanchaba with The Gambia Football Federation, Jambarr Football Academy Foundation (Sanchaba) and the Goodwill Ambassador for The Gambia, Tijan Jaiteh.

The Jambarr Football Academy Foundation (Sanchaba) was established following its founder, Craig Goodman’s first visit to The Gambia in 2013, where he met many children playing football on the beach with no boots, bibs or equipment. On his return to Wales, Craig started collecting used football boots, equipment and kit and through fundraising was able to send them over to The Gambia. Seeing the impact this had on young people's lives he has since developed an academy in the area (Jambarr Football Academy) with over 200 children and 4 coaches.

However, due to a lack of infrastructure in place, trained coaches, or pathways for talented players into “professional Clubs”, in addition to an ongoing need for boots and other equipment for the academy and its programme, the Foundation has struggled to meet the demands of the number of players wanting to participate.

The Jambarr Football Academy Foundation's long-term vision is to purchase a plot of land and build a pitch with facilities where children from across The Gambia, could participate and enjoy football in a safe environment with the correct facilities/clothing, with a direct pathway for talented players into a GFF League Club.

Through the partnership with Jambarr Football Academy Foundation and The Gambian Football Federation (GFF), the Pêl-Droed i Sanchaba Project aims to provide more opportunities to play football in Sanchaba with a clear pathway of progression for talented individuals. The project will also provide much-needed kit and equipment (such as boots, clothing, balls, bibs, cones, goals etc) for young people.

In the GFF’s National Football Development Plan 2019-2022, the federation details it is already committed to developing and improving on the existing football infrastructure in every region of the country. With the support of the UEFA Assist funding, the FAW will work with the GFF to support the development of the Jambarr Football Academy Foundation pitch and facility.

The Football Association of Wales’s Coach Education team will provide the opportunity for knowledge exchange with the Gambian Football Federations Coach Educators and will cooperate to train new coaches who will be responsible for promoting football in the region and increasing the number of players participating, particularly for girls as there is no provision currently available within the programmes.

With more volunteers and coaches being trained, the newly trained coaches will establish additional football opportunities to meet the current demands. Coaches will also encourage participation among girls in the area to join by holding targeted “turn-up and play” training sessions.

The FAW and the Gambia FA will also collaborate to establish a link and partnership for Jambarr Football Academy Foundation with a GFF league Club to provide a talent pathway for Players.