The Football Association of Wales were proud to support the imperative Stonewall Rainbow Laces campaign 2022, which this year took place from October 19th – October 31st. 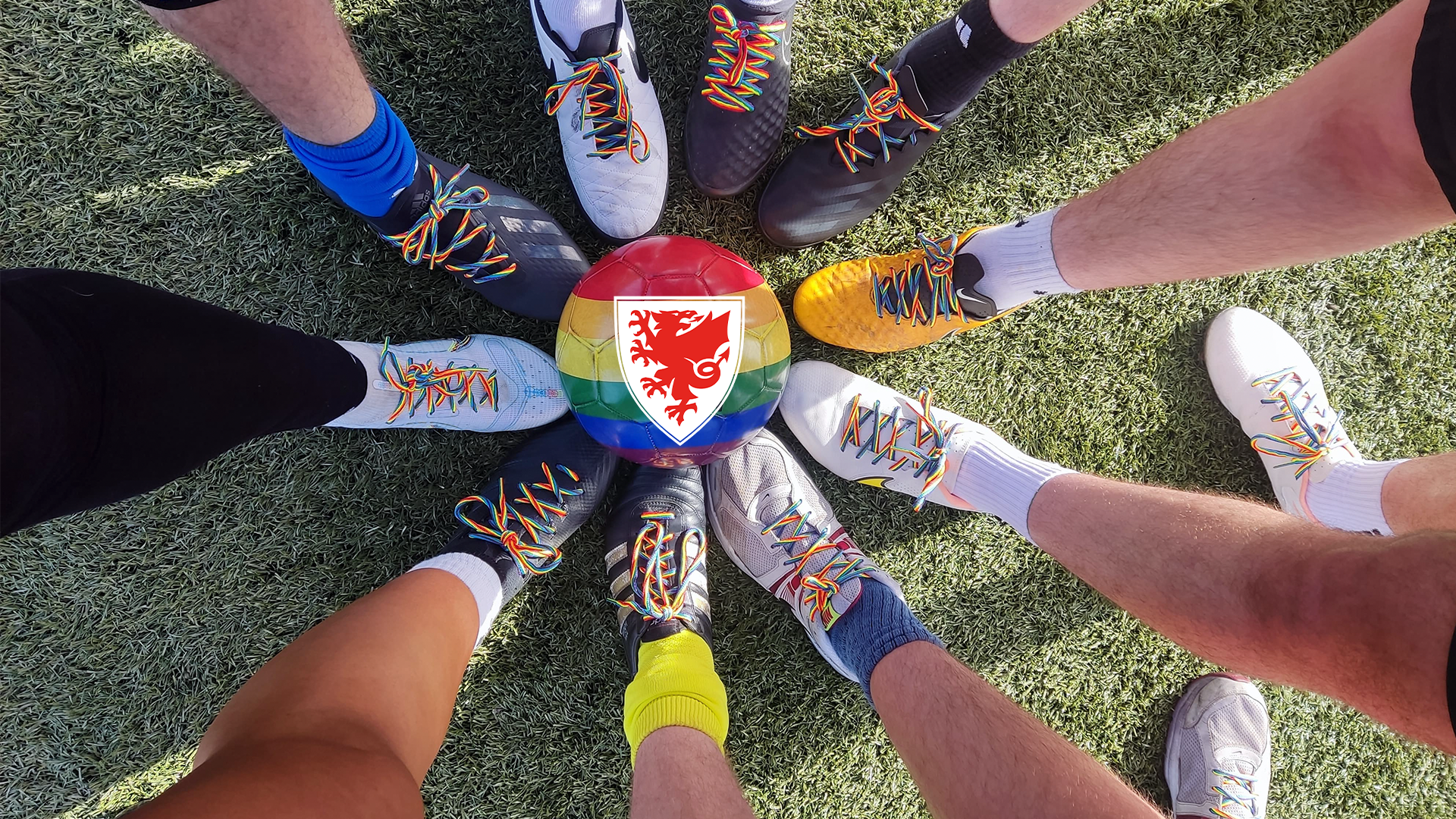 The Football Association of Wales were proud to support the imperative Stonewall Rainbow Laces campaign 2022, which this year took place from October 19th – October 31st.

The Rainbow Laces’ campaign aim is to make sport everyone’s game, whilst focussing on inspiring, educating and encouraging allyship to support LGBTQ+ inclusion in sport.

In previous year’s the campaign has aimed for people to “lace up & speak up”, with this year’s messages being to “lace up & keep it up”. The key messages from this year’s campaign are to try and unite and mobilize our communities to lace up together.

During this campaign period alongside the initiatives across the game, FAW staff showed their support by holding an Equali-tea morning to open up a discussion around what more the FAW and football can do to raise awareness, become better allies and continue to support the LGBTQ+ football family in Wales. Several staff also took part in a staff 5 a side game using the Rainbow Laces provided by Stonewall.

Sport and physical activity can bring so many benefits to our lives, not just in terms of our wellbeing, but also in the ways they bring people together. People from all walks of life can gain a sense of belonging and community through shared passion and LGBTQ+ people deserve to be a part of this. Stonewall share that you can help drive meaningful change by starting conversations with those around you and setting out clear commitments to making sports and fitness more welcoming for LGBTQ+ people.

To find out more about the ongoing work and education Stonewall provide all year around: Rainbow Laces (stonewall.org.uk)